Like my page of Images, this is a mere selection of the Li family Daoists’ written documents, mainly to entice you to consult my many posts on their ritual practice (including Recopying ritual manuals). You can also see Li Manshan writing these documents in my film.

We make offerings to Ancestral Master,

Heavenly Worthy of the Grand Ritual who Supports the Teachings of the Three Heavens,

Assists the Numinous and Embodies the Way

Tomb tile, front and back.

The Thanking the Earth ritual (xietu) has been virtually obsolete since 1953, but we have some memorials:

1980 copy by Li Peisen of Thanking the Earth memorial with genealogy by his father Li Tang, c1930. 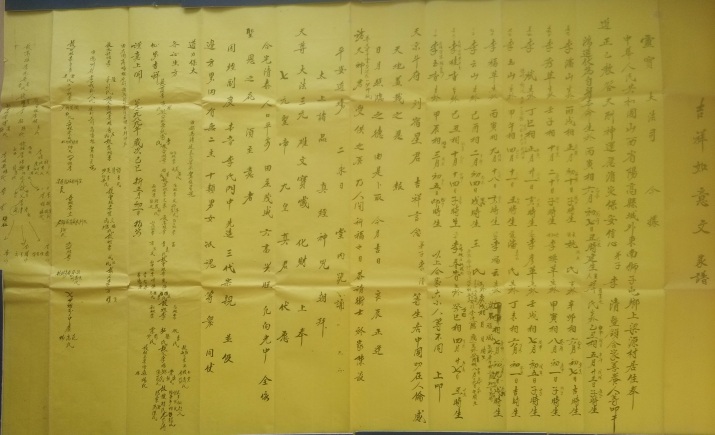 Thanking the Earth memorial with genealogy, Li Qing 1989. Li Qing inserted the genealogy into a memorial without holding the ritual.

Placard for Thanking the Earth, followed by Placard for a jiao Offering, in Li Qing’s collection of ritual documents, mid-1980s: 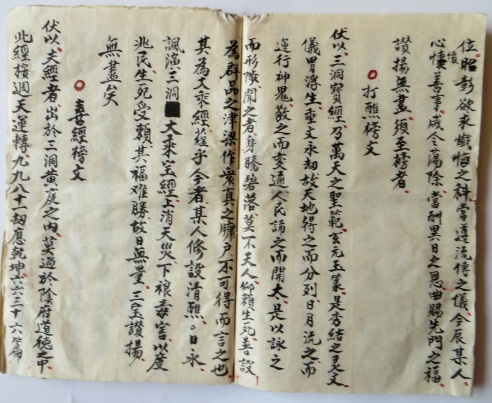 In 2013, as we surveyed a growing haul of over forty ritual manuals in Li Manshan’s collection, I exclaimed: “Wow—I never realized you still had so many scriptures!” He chuckles whimsically: “Ha, neither did I!”

Ritual manuals of Li Hua, handed down by his father Li Peisen.