Further to my first page on Messiaen, a terse diary entry from 1944:

Boulez (pupil of Pierre Jamet) at my house at 9.30. Likes modern music.

“Understatement of the century”, as Alex Ross comments (The rest is noise, pp.391–2).

Here I won’t even try and broach the voluminous scholarly literature on Messaien (Paul Griffiths, Robert Sherlaw Johnson, and so on), staying instead with the vivid accounts of Richard Taruskin.

In his typically thought-provoking chapter “Sacred entertainments” (The danger of music, pp.280–300), Taruskin charts the minor growth in the struggling audience for “new music” (meaning new WAM composition, of course) caused by sometimes topical, often post-minimalist works. He goes on to identify a trend for a new kind of multicultural “religious” music, such as the Sellars–Adams nativity oratorio El Niño, Glass’s 5th symphony (drawing on “a broad spectrum of many of the world’s great ‘wisdom’ traditions”), and the Passion cycle commissioned by Helmut Rilling. Taruskin considers this as evidence that

spiritual or sacred entertainments have become the most marketable and profitable genre the literate (or “art”) tradition of music can boast at a time when its end, for reasons both economic and technological, has become foreseeable.

Rather than finding “the sacred as marketable and profitable” a paradoxical, even blasphemous notion, he points out precedents such as Handel oratorios, and more recently the fashion for “Holy Minimalists” like Pärt, Gorecki, and Tavener—which, as he writes uncharitably, “already bespoke the desire for a way to return ‘esthetically’ or ‘appreciatively’ to a world of ‘spiritual wholeness’ without assuming the burdens of an actual religious commitment”. Informed by David Brooks’s Bobos in paradise (2000)—Bobos standing for “bourgeois bohemians”—he lambasts the neoprimitivist “noble savage” ideal.

Now I’m perhaps something of a Bobo manqué myself, the lapse partly dating from contrasting the New Age Eastern Spirituality shtick—which was actually where I came in—with my more prosaic fieldwork in China. So I may be a tad critical of the trend, but (except when provoked by extreme hippy-dippydom) I still retain a certain attachment to its ideas. Indeed, as often, I don’t think Taruskin means entirely to scoff at such works. Still, passages like this broach a useful debate:

Will imagining the poor as leading lives richer than one’s own inspire social action on their behalf? Will it inspire true reconciliation between material comfort and social conscience? Or will it allow the comfortable to congratulate themselves on their benevolence and silence the nagging voice within? Is the new spirituality, then, just another screen behind which high art engages in its traditional business of reinforcing social division by creating elite occasions?

By now you may be wondering what all this is doing in a post about Messiaen. Here’s why. Taruskin (pp.289–99) goes on to contrast such eclecticism by giving a beautiful and sincere homage to Messiaen’s extraordinary final work, Saint François d’Assise—his only opera.

Messiaen’s opera, like the Bach Passions, is the real spiritual article. Its religiosity is rigorously doctrinal: paralleling Bach’s orthodox Lutheranism […], it offers pure Catholicism without the slightest multicultural palliative, a model of spirituality based not on consoling self-congratulation but on suffering. And at four hours’ running time (over five with its two intermissions) it is demanding to the point of exhaustion, as an opera celebrating asceticism perhaps ought to be.

Like most works by Messiaen, Saint François perpetually skirts the fringe of kitsch, and one watches the composer, working to his own libretto, negotiate these spiritually mandated shoals with the fascination that a netless tightrope walker commands.

He describes the fifth scene, with the divine music of the spheres on a trio of ondes martenot.

After hearing it and being set atingle by its uncanny otherness, one could almost agree with St Francis that if it had gone on a moment longer, “because of its unbearable sweetness my soul might have left my body”.

All this makes one long to attend the opera. Until someone stages it in London, I may have to content myself with paltry YouTube clips—which is a bit like having a quick cup of tea and a biscuit instead of attending Holy Mass. And with the vast expense of staging it, along with our shrinking budgets, I’ll be lucky to experience it live in my remaining years. Short of making a pilgrimage to Tokyo this November. It may be the closest most WAMmies get to attending a Daoist jiao Offering ritual.

Taruskin goes on to give a fine paean to Messiaen’s whole oeuvre. I demur at his reservations about Turangalîla (“sacroporn”)—and indeed those of Boulez (“brothel music”), in addition to the reviews I cited here. But he observes:

His quest for the uncanny otherness of the eternal (precisely the quality that distinguishes Catholic or Orthodox theology from Protestant) was earnest, lifelong, and crowned with some amazing successes, of which Saint François may have been the ultimate. There is something genuinely scary about Messiaen at full strength. The leitmotif that heralds the Angel in Saint François, for example, is a bloodcurdling electronic screech, and when the Angel knocks lightly on the monastery door, all hell breaks loose in the orchestra. The same hellish—er, heavenly—pounding, redolent of Stravinsky’s The rite of spring but reaching a far more lacerating pitch of dissonance, returns in the penultimate scene to symbolize the imprinting of the stigmata on St Francis’s flesh. You feel his pain, which is the pain of the crucified Lamb of God. The light that receives the saint’s soul at the end of the opera burns mortal eyes with its wattage; you’ve got to look away.

Taruskin resumes his assault on the “new spiritualists”:

No cute children’s choirs here. No sexy Latin rhythm. Messiaen’s spirituality was anything but warm and fuzzy, his style often the opposite of ingratiating, and that is what finally saves his work from kitsch. Of all the music of the twentieth century, his was the most genuinely (and essentially) theological, with all that the word implies in opposition to the debased secular humanism that drives John Adams’s or Osvaldo Golijov’s socially regressive visions of the commercial sublime.

Given that a lot of us are indeed “debased secular humanists” who relish Messiaen alongside Arvo Pärt—not to mention Bach, Daoist ritual, and Amy Winehouse—this is somewhat chastening. Like the female party guest in Manhattan (“I finally had an orgasm, and my doctor told me it was the wrong kind”), I’m not sure if lectures on “the right kind of spirituality”—from Taruskin or anyone else—are entirely suitable. But sure, Messiaen is amazing…

Messiaen’s rigorously religious outlook in a relentlessly secular world made him an eccentric figure and a paradoxical one. Although he was certainly a towering figure in the history of twentieth-century music, he was not of it. In a peculiar way the twentieth century did not exist for him. When we look back on it we can hardly see it except in terms of gulags, holocausts, actual and threatened mass destruction, and spiritual emptiness, now capitally exemplified by what passes for spirituality in art. [… His] seeming inobservance, that eternally cloudless sky, could look, to one less fortunately born, like indifference, even an insult, to human suffering.
[…]
“Unchaste” was the critic Andrew Porter’s deliciously prim and Protestant reaction to the Himalayan ecstasies of Saint François. Even those less inclined towards moral censure often find it hard to understand an esthetic that celebrates renunciation of the material and mortification of the flesh with such opulent (not to mention expensive) forces as Messiaen mustered up for Saint François.
[…]
But how else to give a secular audience a glimpse of the perfect joy of divinity: the joy that St Francis describes in the opera’s first scene as the goal of terrestrial existence, toward which every subsequent scene depicts another arduous step? That joy exists quite apart from anyone’s experience of it. Among mortals only a saint can ever know it, but anyone can—must—try to imagine it, for to the believer it is the true—and only—existential reality: what we know on earth—gulags, stalags, Vichys, holocausts, and all—is mere Maya, “appearance”.

Citing Leslie Sprout, Taruskin goes on to question pundits’ later use of the incandescent Quatuor pour la fin du temps to “represent the plight not only of the captive French soldiers but also of all victims of Nazi persecution, including those of the Holocaust”. He deplores the way that “Holocaust memorializing furnished the twentieth century with its greatest infusion of ephemeral, egoistic kitsch”. Sounding ever more like a devout Catholic himself, Taruskin speaks for Messiaen, unable to resist another parting shot at lesser mortals:

Messiaen’s Quatuor has survived that heap of artistic corpses, just as the oppressively lengthy and theologically alienating Saint François will surely survive the wave of Niños and multicultural Passions that glut our concert halls today. Robber barons and Bobos, and those who cater to them, come and go. The Kingdom of Heaven, the object of mankind’s most consoling and necessary imagining, and the original subject and stimulus of artistic representation, endureth.
[…]
Classical music may still be doomed by inexorable social and economic change. […] But if so, let it die as it lived, affording glimpses of other worlds and other minds, rather than in a desperate grab for the life raft of shabby topical hypocrisy.

Alex Ross is also worth reading on Messiaen (The rest is noise, pp.485–96; for Saint François, see pp.510–14; and for the Quatuor pour la fin du temps, here.) The composer worked as organist at the Église de la Sainte-Trinité for over sixty years, from 1931 through to his death in 1992:

Fellow composers would sometimes drop by Holy Trinity to find out what kind of music Messiaen played for the parishioners on an ordinary Sunday. Aaron Copland wrote in his 1949 diary: “Visited Messiaen in the organ loft at the Trinité. Heard him improvise at noon. Everything from the ‘devil’ in the bass, to Radio City Music Hall harmonies in the treble. Why the Church allows it during service is a mystery.” (486)

Messiaen also had to play the Messiah at Christmas. How I’d love to have heard that—slipping in a few added sixth chords, a few bits of birdsong, non-retrogradable rhythms?! Do listen to Messiaen himself improvising on the Saint-Trinité organ at the age of 76, here!

When Esa-Pekka Salonen (like Boulez, another great composer-conductor and Messiaen champion) visited him at his spartan home in Paris, he found no books or records apart from the Bible and recordings of Messiaen’s own works. The most salacious story that anyone could relate about him is how he and his wife once devoured an entire pear tart at one sitting—now there’s one for the gossip columns…

In China the death of an (elite) Daoist is known as yuhua 羽化 “becoming feathery”—like a bird—and indeed, through his long-term devotion to birdsong Messiaen seemed to become ever more birdlike, as I observed in 1978 when playing at his 70th-birthday concert at the Royal Festival Hall, which Messiaen attended, with Boulez conducting—or was it for his 75th birthday in 1983? But hey, neither event materializes in the archives— surely I can’t have made this up?! This gives me pause in my chats with elderly peasants when trying to pin down early dates in a largely-undocumented rural north China! 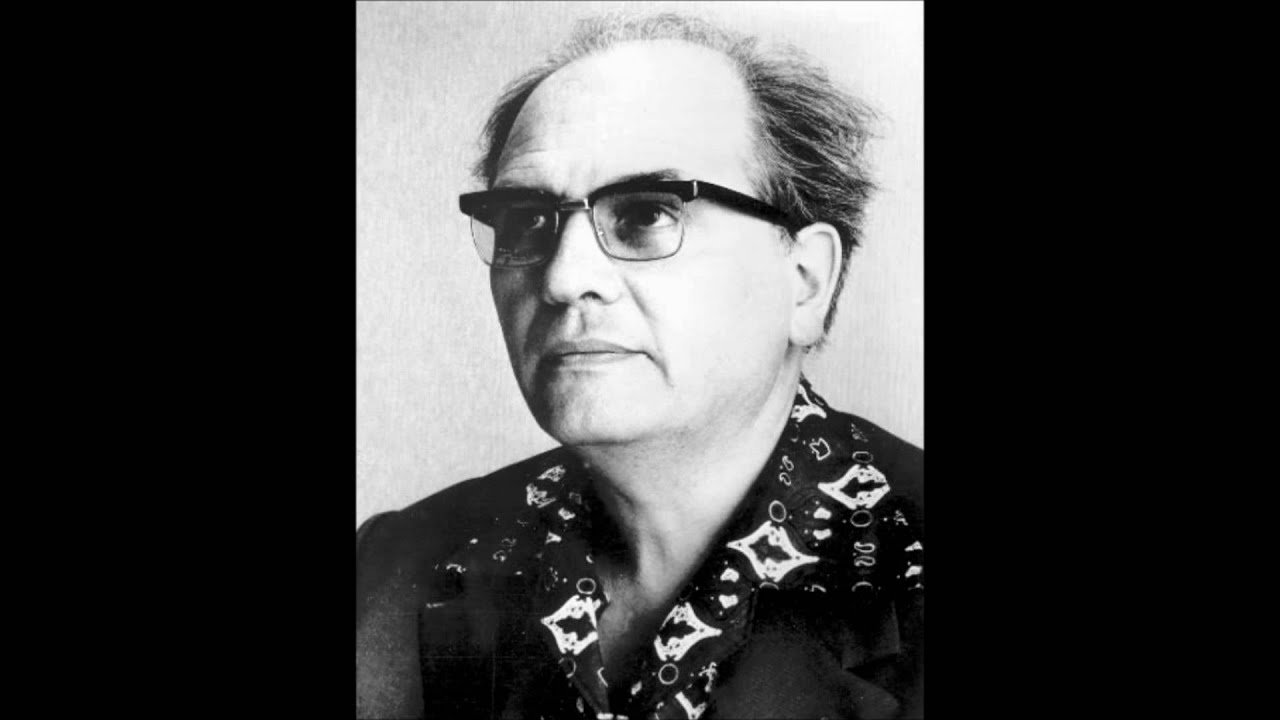 Perhaps Taruskin’s comments on Messiaen versus the eclectic spirituality of the Bobos might make an intriguing link to the fascination with Eastern mysticism that led Western (if not so much Chinese!) scholars towards the study of Daoist ritual. That too is worth unpacking.