Pursuing the theme of religion, some Trappist jokes.

Once a year the abbot convenes the monks to discuss any points at issue. Eventually one young monk pipes up,
“The porridge here is rubbish.”

The next year they all convene again, and another monk responds,
“Actually, I think it’s really rather delicious.”

The third year, yet another monk bursts out,
“I can’t stand it any more! I’m leaving.”

But my son,” protests the abbot, “whatever can have prompted your spiritual crisis?”

“I’m just sick and tired of all this constant bickering about the porridge.”

At another monastery the abbot summons two novices to his room to resolve a bitter dispute between them.

One monk holds up a placard reading

Another monk sullenly sticks up another placard: 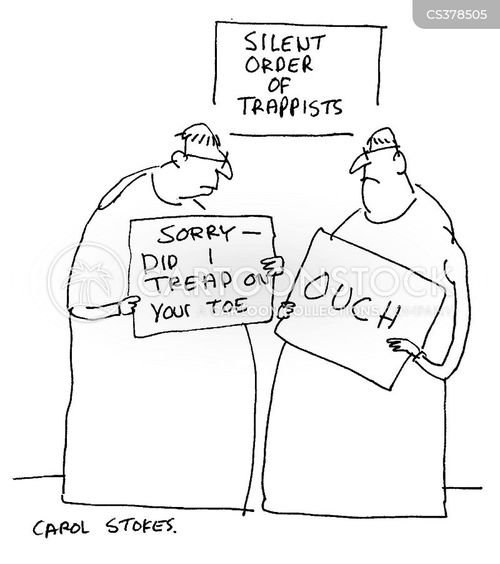 Cf. my remarks on Mount Athos.

One thought on “At the monastery”