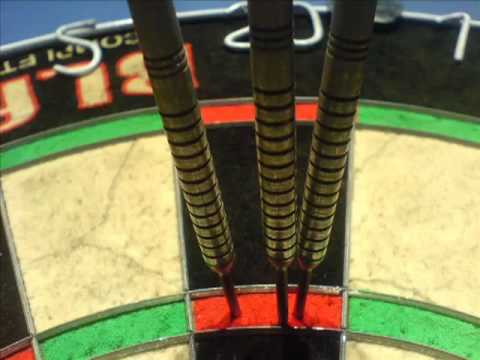 One morning in Maida Vale studios, as the great Pierre Boulez was rehearsing the BBC Symphony Orchestra, he stopped and said suavely,

Brilliant cockney percussionist Gary Kettel, from the back of the orchestra, punched the air gleefully and screamed out,

Since Boulez’s broad erudition didn’t stretch to the world of UK darts, he was somewhat nonplussed [‘Ow you say in French?] by Gary’s recondite allusion to the fabled score of three triple 20s. Still, he and Gary always had the utmost respect for each other’s musicianship.