In Alan Bennett’s parody The pith and its pitfalls (Writing Home, pp.383–6—”taking the pith”, of course) on the writer and his [sic] roots, he writes thoughtfully of the perennial English fashion for the nostalgia of childhood deprivation—whose Chinese parallel reminded me of The four Yorkshiremen sketch.

Can there be a slag-heap north of the Trent up which ardent young directors from Omnibus, Aquarius, or 2nd house have not flogged their disgruntled camera-crews in pursuit of that forward-retreating figure, the artist?
[…]
What I do recall of my childhood was that it was boring. I have no nostalgia for it. I do not long for the world as it was when I was a child. I do not long for the person I was in that world. I do not want to be the person I am now in that world then. None of the forms nostalgia can take fits. I found childhood boring. I was glad it was over.

There are fashions in childhood as in anything else. A nice, middle-class background was no longer in vogue by the time I started to write. No longer in Vogue, either. Early in 1960, when my colleagues and I were writing the revue that was to end up as Beyond the fringe, we were photographed for that magazine. We sped in a large Daimler to North Acton, where the photographer spent some time finding a setting appropriately stark and gritty for the enterprise on which we were to embark. We ended up gloomy and purposeful against a background of cooling-towers and derelict factories.

I have never done any of those filmed portraits I started off by parodying, though the urge is strong. It is always gratifying to be asked to explain yourself, if only because it makes you feel there is, perhaps, something to explain. I admit, too, that from time to time I catch myself slightly overstating my working-class origins, taking my background down the social scale a peg or two. It is a mild form of inverted snobbery, which Richard Hoggart might dignify by calling it “groping for the remnants of a tradition”. As the man says in the sketch, it is a question of belonging. You would like to think you belong somewhere distinctive, whether it is a place or a class, but you know you are kidding yourself. However, I see that opens up another vast area of humbug and self-indulgence, namely, the writer as rootless man, so I think I had better stop and go home—wherever that is. 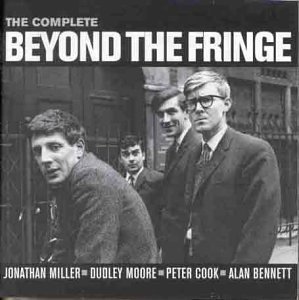