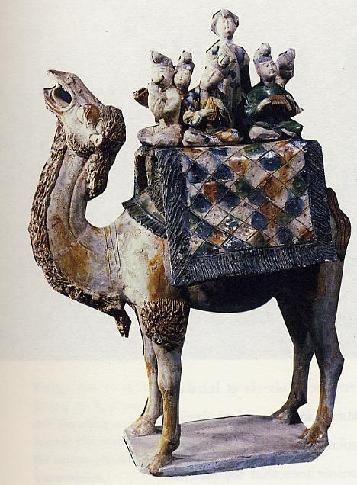 Here’s a companion piece to my post on foreigners during the Cultural Revolution, where I acknowledged my anachronistic use of the epithet laowai 老外.

I read that indeed the term didn’t become common until the 1980s—just in time to greet me on my late arrival (for some words that Shakespeare may not have invented, see here). The Chinese wiki article on laowai makes a useful succinct introduction, explaining its interplay of respect and xenophobia. I’m still curious to learn how the winning combo of lao and wai suddenly caught on. A detailed forum on the nuances of this and related terms has been initiated by the erudite Victor Mair, so here I’ll just add a few personal reflections.

A still more blunt term is dabizi 大鼻子 “big nose”; foreigners in China have to get used to frequent appraisals of their physiognomy, but as an autonym, at least, the term can be drôle. I’m also fond of the more quaintly retro yang guizi 洋鬼子 (“foreign devil”), which a senior Taiwanese mentor—and, crucially, friend!—likes to call me. As ever, such terms are context-sensitive; they may even confirm guanxi (“You’re my mate—we can take the piss together”).

At a tangent, in Shaanbei a fine shawm-band leader is widely known as Jiekazi “The Stammerer”—in rural China, attitudes towards stammering are both less po-faced and less courteous.

Staying with China (derogatory terms for foreigners are of course a rich topic worldwide), apart from the various historical terms (hu 胡, fan 番, yi 夷, man 蠻, and so on—mostly with a strong suggestion of “barbarian”), I’m now curious to learn how the Labouring Masses of the Tang dynasty would have hailed the substantial number of laowai on the streets of 8th-century Xi’an in the popular argot of the day.

We may now regard the Tang as the first great world-music boom, but as musical nationalists of the day (like the poet Bai Juyi and his mate Yuan Zhen) might have said,

“They come over ‘ere, with their fancy bili and pipa…”

Or their Qing-dynasty counterparts (so does building walls work, then? Eh??):

“They come over ‘ere, with their fancy erhu and suona and yangqin…”

OK, I made those up, but this is a genuine Tang quote (adding impertinent male judgment on female attire to the heady xenophobic mix): [1]

Straight out of the Daily Mail, that. With the current surge in “patriotism”, a new campaign to purge corrupting foreign influence from the Chinese instrumentarium would be left mainly with the xun ocarina and the sheng mouth-organ—which might fail to excite even Uncle Xi. It’s ironic that after successive waves, it was the Model Operas of the Cultural Revolution that were largely responsible for a renewed vogue for the instruments of the Western Art Music tradition.

Closer to home (yet equally apposite), a classic rebuke to xenophobia is the great Stewart Lee’s UKIP routine (“Bloody Huguenots, Coming Over Here—doubting trans-substantiation, with their famed ability to weave little jerkins out of lace…”). And to supplement his fantasy chat down the UKIP pub:

“Apparently the guitar is descended from the oud—that’s bloody Moorish, mate! What’s wrong with Morris dancing, that’s wot I say!”

[Inconvenient footnote: an inconclusive etymology suggests that “Morris” is itself derived from “Moorish”…]

For the “Golden Age” of the Tang, Chinese scholars might learn from 17th-century Holland.

[1] See e.g. Suzanne E. Cahill, “Our women are acting like foreigners’ wives! Western influences of Tang dynasty women’s fashion”, in Steele and Major (eds), China chic: East meets West. Among many works, see also Marc S. Abramson (ed.), Ethnic identity in Tang China. The works of Edward Schafer (notably The golden peaches of Samarkand and The vermilion bird, written at a time when such study was neither profitable nor popular) have long been an inspiration for those studying Central Asian culture in the Tang.